An associated lung cyst was found in one child and was unroofed. Pathological examination could not determine the nature of the cyst.

Readmitted with suspected intussusceptionresolved 14 TG Bochdalek diaphragmatic hernia pneumonia and another child developed abdominal disten- sion with Enterobacter cloacae sepsis. Both complications resolved with antibiotic therapy within a few days. Both had cardiopulmonary compromise at presentation. One of them had gastric perforation secondary to a chest tube inserted to his stomach. His course was complicated by lung abscess with pleuropneumonia and Staphylococcus epidermis sepsis.

He was discharged three weeks after his operation. The other child, who had necrotic bowel requiring jejunal resection, had three episodes of sepsis postoperatively, and was discharged after two months. Three children were readmitted to the hospital 13 months after discharge with abdominal pain and vomiting. Partial intestinal obstruction was suspected in all. All resolved with non-operative treatment. All children were seen in the surgical follow up clinic.

Median time of follow up was 2. No long term sequelae were observed in any of the patients. All children were previously healthy. Two children had previous x ray examinations. One was an 11 month old child who had a normal chest x ray examination at 2 months of age.

The other was a 9. The abscesses were drained under ultrasound guidance. Her course was complicated by a very large left pleural effusion that required drainage. Chest computed tomography CT performed after the pleural uid was drained showed a slightly elevated left diaphragmwith no herniation of abdominal viscera into the thorax g 2A. As she continued to be symptomatic, an appendectomy was per- formed. She presented one month later with abdominal pain and bilious vomiting.

A left sided DH was seen on chest x ray examination and chest CT, with bowel loops seen in the left hemithorax up to the apical area g 2B. One of them presented with vomiting and deteriorated while in the emergency room.

He was found to have a necrotic bowel at operation. The other two presented with severe respiratory distress. One of them, a 4. A chest x ray examina- tion was performed showing air in the left hemithorax with mediastinal shift to the right. Gastric air was misinterpreted as pneumothorax and a chest tube was inserted. Gastric uid was drained from the tube. The child deteriorated quickly, developed septic shock, and was transferred to our hospital.

His hernia was repaired.

He had a complicated postoperative course including the development of a lung abscess, pleuro- pneumonia, and staphylococcal sepsis. The diameter of the diaphragmatic defect ranged from 2 to 10 cm. All of the defects were described by the surgeon as having a peritoneal covering suggestive of congenital origin, and none had gross evidence of inammation which would have been seen in the setting of a traumatic diaphragmatic injury.

The most common herniated viscera in left sided DH were colon and small bowel, followed by stomach and spleen.

Right sided defects usually contained liver and colon table 2. Gastric volvulus was found in one child and gastric perforation secondary to chest tube insertion in another. One had necrotic small bowel, which was resected. One child was found to have an ischaemic caecum; however, it recovered spontaneously intraoperatively without need for resection.

All hernias were repaired using a lateral subcostal approach. A thoracotomy was performed in one child with right sided DH in whom the liver was incarcerated within the hernia.

All defects were repaired primarily except for one large left sided defect, which required a Gore-Tex patch. An associated lung cyst was found in one child and was unroofed. Pathological examination could not determine the nature of the cyst.

Both had cardiopulmonary compromise at presentation. 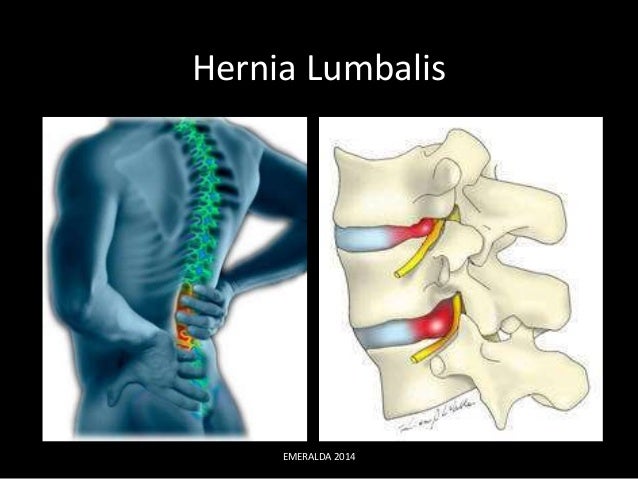 Various surgical techniques are Diaphragmatic eventration is a congenital abnormality that used for correcting the eventration. We present a case of a congenital results from failure of muscular development of part or all of the diaphragmatic eventration with a delayed presentation, which was hemidiaphragm due to abnormal myoblast migration to the septum diagnosed in the operating room despite multiple imaging modalities.

The muscular Case Presentation portion of the diaphragm is characterized microscopically by absence of muscular fibers and diffuse fibro elastic changes. Peertechz J Pediatr Ther 1 1 : Prenatal labs and sonograms were unremarkable. While growing and feeding in the NICU he became tachypneic.

Coughing was not present; however there was choking and gagging with oral feeds. Nasal flaring was not noticed; on lung exam he had no retractions, but had decreased air entry on right side. 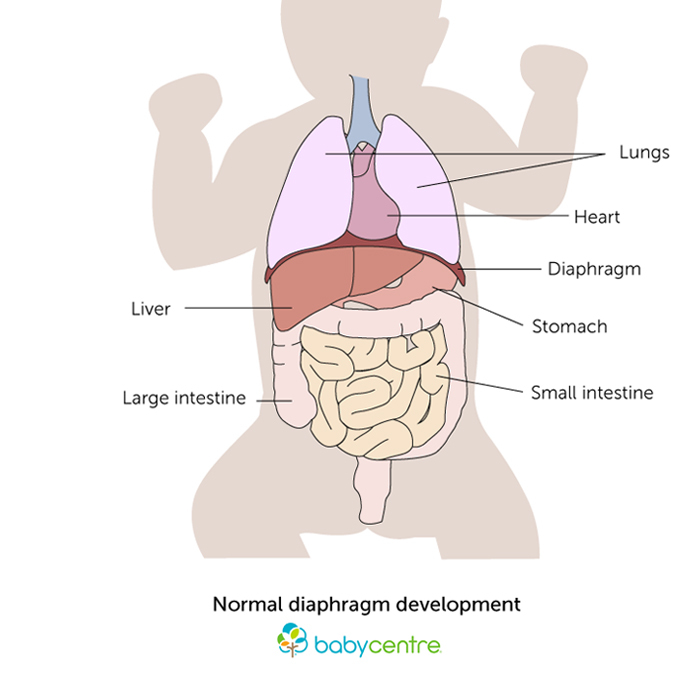 To evaluate for the RLL opacity, a chest ultrasound was performed, but was limited in evaluation due to rib shadows obscuring the image of the right diaphragm and right lung support and further developed a new right upper lobe atelectasis. A chest MRI revealed the RLL atelectasis to be the protrusion With the family consent, the pediatric surgeon elected to repair the of the posterior aspect of the liver Figure 3.

Due to the posterior suspected right sided CDH. 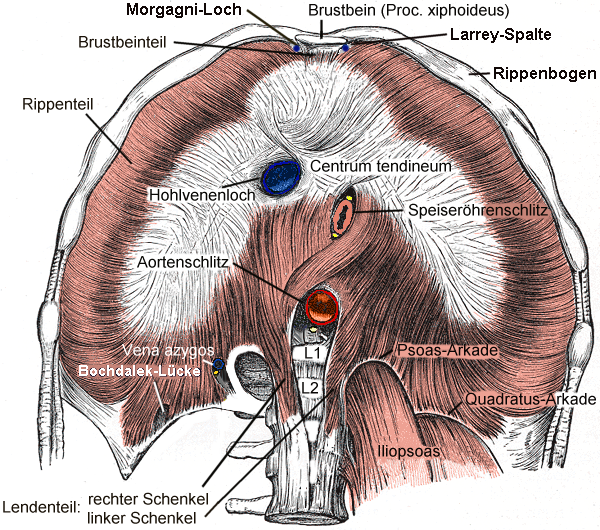 Thorascopy on DOL 56 revealed a right location of the abnormality and to the fact that the diaphragm was side diaphragmatic eventration instead of CDH. It was also noted that not visualized, it raised the suspicion for a Bochdalek CDH. Genetic the atelectasis in the right upper lobe was significant. Therefore to evaluation revealed a normal karyotype. Echocardiogram, abdominal prevent potential complications a right diaphragmatic plication was sonogram and an upper GI series were within normal limits.

Follow-up in the clinic thereafter showed appropriate weight gain and no respiratory distress at 2, 3, and 6 months of age. Discussion Eventration of diaphragm is a rare congenital developmental defect of the diaphragm. As in our case, respiratory distress is the most common clinical manifestation of both, CDH and diaphragmatic eventration. In the case of diaphragmatic eventration, the thinned, weakened musculature is inadequate to restrain the abdominal viscera, the diaphragm rises, and is upwardly displaced together with the abdominal organs during inhalation [4].

In some cases, it may be difficult to distinguish it from CDH. Posterior eventration of the diaphragm is usually indistinguishable from a Bochdalek hernia, as in our case, where the MRI evaluation of the chest could not distinguish between the two entities [2].

The degree of respiratory distress varies and correlates with the size of the defect.

Patients are asymptomatic with small localized defects [4], whereas large defects in neonates can cause respiratory distress [5].

Our case is uncommon, as our patient had right sided eventration, as almost invariably complete diaphragmatic eventration occurs on the left side [1]. The eventration process can have varying degrees of diaphragmatic involvement, from a thin muscle plate to its complete absence, leaving only a thin Figure 2: CXR on DOL 21 showing RLL opacity. Presentation is dependent on the degree of diaphragmatic muscle due to reflection of the ultrasound waves [7].

Portions of both involvement and may have a delayed presentation, as in our patient, hemidiaphragms can be seen together on an oblique transverse with a normal chest radiograph on DOL 1 and symptoms starting subxiphoid view obtained at the midline, where their movement on DOL The individual domes can be assessed in different ultrasound planes.

The diagnosis of a CDH is often made on a prenatal ultrasound, In M-mode, diaphragmatic movement is assessed quantitatively around the mean gestational age of 24 weeks, but can be made as by using two parameters: direction of motion and amplitude of early as 11 weeks [6]. Polyhydramnios is the most common finding excursion. Ultrasound limitations are due to solid viscera in the thorax. In contrast with CDH, the diagnosis of poor acoustic contrast obscuring the image and operator experience.

The function of the sheet of muscle separating the thoracic and abdominal cavities [7].The larg- est group presented with acute onset of symptoms, which might suggest acute herniation prior to presentation, or acute incarceration of previously herniated bowel. In two of our cases there was evidence to suggest that the defect existed prior to the herniation. An associated lung cyst was found in one child and was unroofed.

Hight et al reported an intermittent DH, with recurrent her- niation of abdominal contents into the chest, suggesting that a diaphragmatic defect can be present without herniation of the abdominal viscera. The most severely affected infants develop respiratory distress at birth, whereas a majority demonstrate respiratory symptoms within the first 24 hours of life.

ELLAN from Santa Barbara
I do fancy sharing PDF docs briefly . Look over my other posts. I enjoy die-cast toy.
>